On October 4, Facebook and its family of apps, including Instagram and WhatsApp, suffered a global outage of its services that lasted approximately six hours. The massive outage has been blamed on configuration errors in backbone routers that are used to connect network traffic to the company’s data center.

Facebook apologized to its 3.5 billion users who were unable to access any of the company’s services during the downtime. While it’s estimated that Facebook directly lost $65 million to $100 million during those six hours it was offline, the company was not the only victim staring at loss of business. Millions of its users are actually small businesses who depend on the apps to conduct their own business.

The Damage Went Far and Wide Beyond Facebook’s Companies

For example, jewelry designer Alex Rankin had no sales and no revenue during the hours that her company’s Instagram page was down. She laments being so dependent on one service provider and has vowed to establish her own website to protect future sales. Other small business owners harmed by the Facebook outage plan to do the same.

Also suffering a big impact were gaming and eCommerce companies whose customers use Facebook as a sign-in service to their own sites. They, too, are bound to look for alternatives to Facebook to ensure they don’t suffer again in the future.

So ultimately, Facebook could sustain further financial and reputation losses as various customers make other arrangements to host their businesses or sign-in processes going forward.

Need further proof of the damage done? As reported by The Verge, “Millions of companies advertise on the platform or rely on sponsored posts to do the marketing for them. When it goes down, they lose valuable communication lines to the public. Instagram and Facebook are economies unto themselves where people can see advertisements and buy directly from them. The outage is as if billboards and radio ads disappeared from a city, and no one could find the stores where the advertised products are anyway.”

Other Companies Benefitted from Facebook’s Misfortune

Not everything was gloom and doom, and not everyone saw a drop in business as a result of the outage. In fact, news reports confirm that some businesses profited off the time that Facebook was offline, which our own data also seemed to support.

Forbes reports that Twitter, Snapchat, Signal and Telegram all experienced surges in user sign-ups and activity during the outage. Telegram’s CEO announced his company saw a record number of new user registrations – upwards of 70 million – while people were unable to use Facebook’s services for communication. Facebook even had to resort to using its competitor Twitter to announce the massive outage and inform users of the situation.

To the huge community of people and businesses around the world who depend on us: we're sorry. We’ve been working hard to restore access to our apps and services and are happy to report they are coming back online now. Thank you for bearing with us.

Our own analysis at Anodot confirms that some businesses benefitted, while others fretted. Data shows various adtech companies had significant increases in ad revenue at precisely the time that Facebook’s and Instagram’s ad systems were down.

Concurrently, a messaging application saw its user registrations in different geographies jump as Facebook users were likely looking for alternative forms of communication.

Some eCommerce companies also saw a surge in spend during the outage, presumably from Facebook users looking for other forms of shopping with Instagram down. 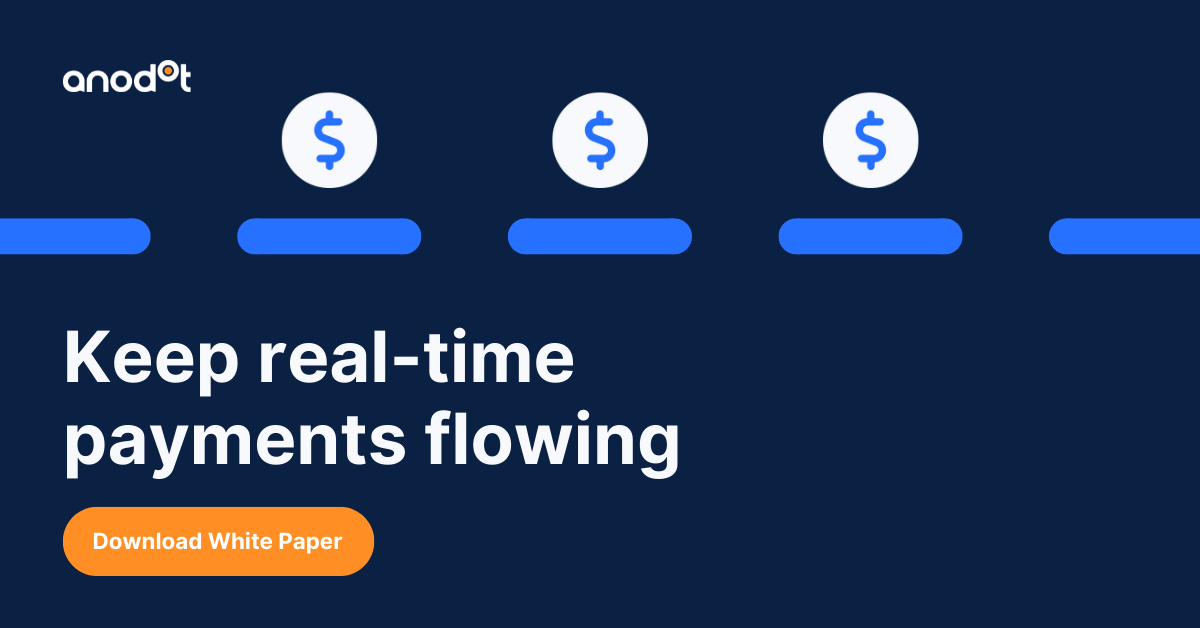 The Digital World is Tightly Interconnected

The effects may have extended to peripheral channels, as suggested by the following observations:

• The total LTE traffic in Cambodia was down during the outage because users could not access Facebook, which is typically the #3 most visited site in that country. Also, users’ DNS success rate dropped because so many people were unsuccessful in their attempts to reach Facebook. This is also reflected in a spike in uplink DNS packets to the DNS server.
• There was a drop in spend on the Microsoft ad network, as well as an increase in timeouts on a search engine owned by Amazon. This was probably due to load issues during the Facebook outage.

These numbers indicate that even companies and sites unaffiliated with Facebook were impacted by the outage, indicating just how interconnected online businesses are today. Something that affects one company can have very far-reaching ramifications for many other companies as well—payments channels, affiliates using APIs, providers of adjacent services, just to name a few.

This incident underscores the importance of continuous business monitoring that scales, even to the size of one of the world’s largest online entities. And that’s what drives what we do here at Anodot. Our AI-based monitoring platform monitors data across the business to alert teams of incidents in real time.

Click here to learn more about the pressures of big data on modern business and how AI is helping companies more readily meet those demands. Top 5 FinOps Tips The efficiency, flexibility and strategic value of cloud computing are driving organizations to deploy cloud-based solutions at rapid pace. Fortune Business Insights predicts the global cloud computing market will experience annual growth of nearly 18% through 2028. As the cloud becomes one of the most expensive resources for modern organizations, cloud […] AWS re:Invent, one of the biggest tech events in the world, is just weeks away. While there are thousands of sessions to choose from, there’s bound to be high interest in sessions focused on cloud cost optimization and management. That’s because maximizing cloud efficiency and reducing waste is ranking as a top priority, and a […] We are proud to announce that Anodot has been named Momentum Leader on G2’s fall grid for Cloud Cost Management Software. G2 is the largest and most trusted software marketplace. More than 60 million people annually use G2 to make smarter software decisions based on authentic peer reviews. G2 is disrupting the traditional analyst model […]